Some friends of mine have drawn art of my avatar over time, and it wasn't until recently that I've been running into a lot of people who like to draw. So, I've figured I should use this space to show off what they've made! 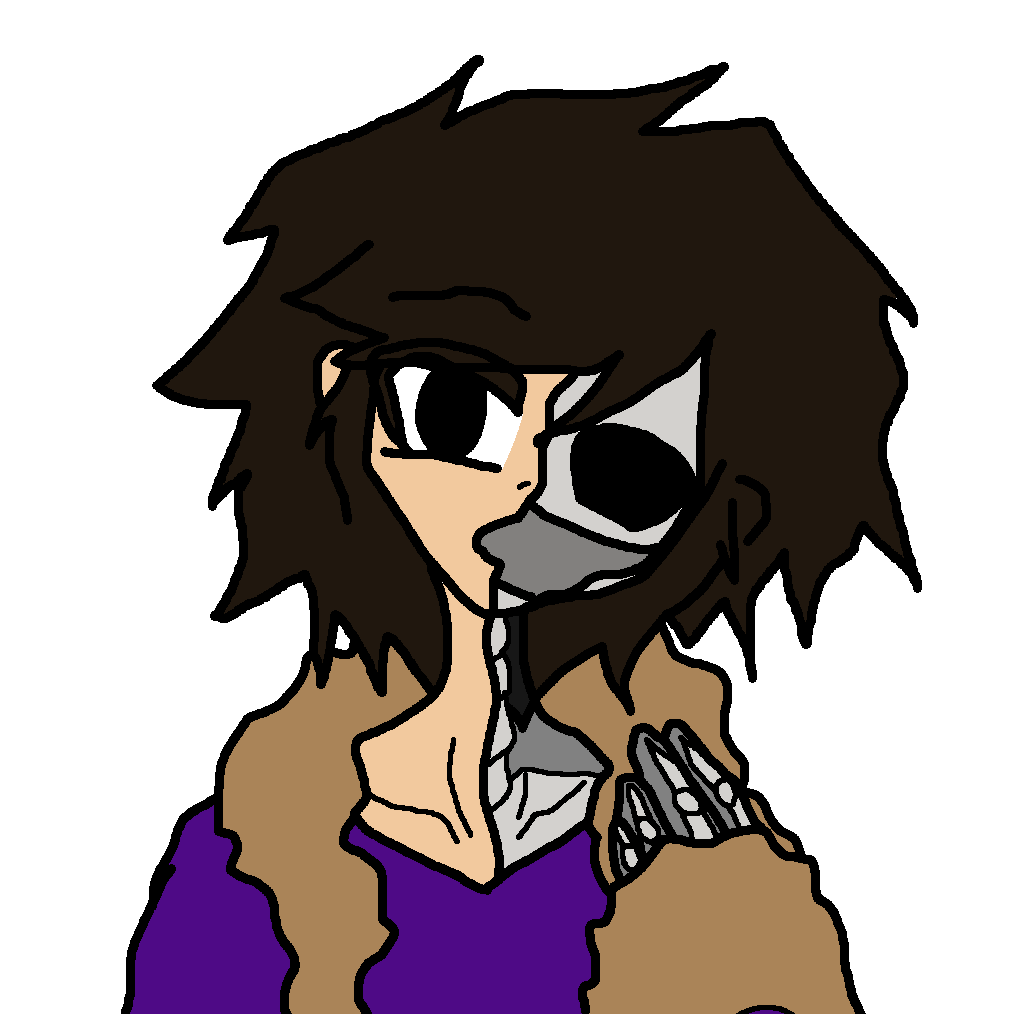 This is the first of the three images drawn by my friend Xaq.
His initial interpretation of my avatar was that my skeleton side is actually just transparent skin (and blood vessels, I guess) so that you see straight to the bone. It took a bit of convincing to tell him that I'm just a half-skeleton, nothing more and nothing less.
This image is actually a tracing that I made of a photo he took of the sketch in his notebook, but really, the credit should be all his. 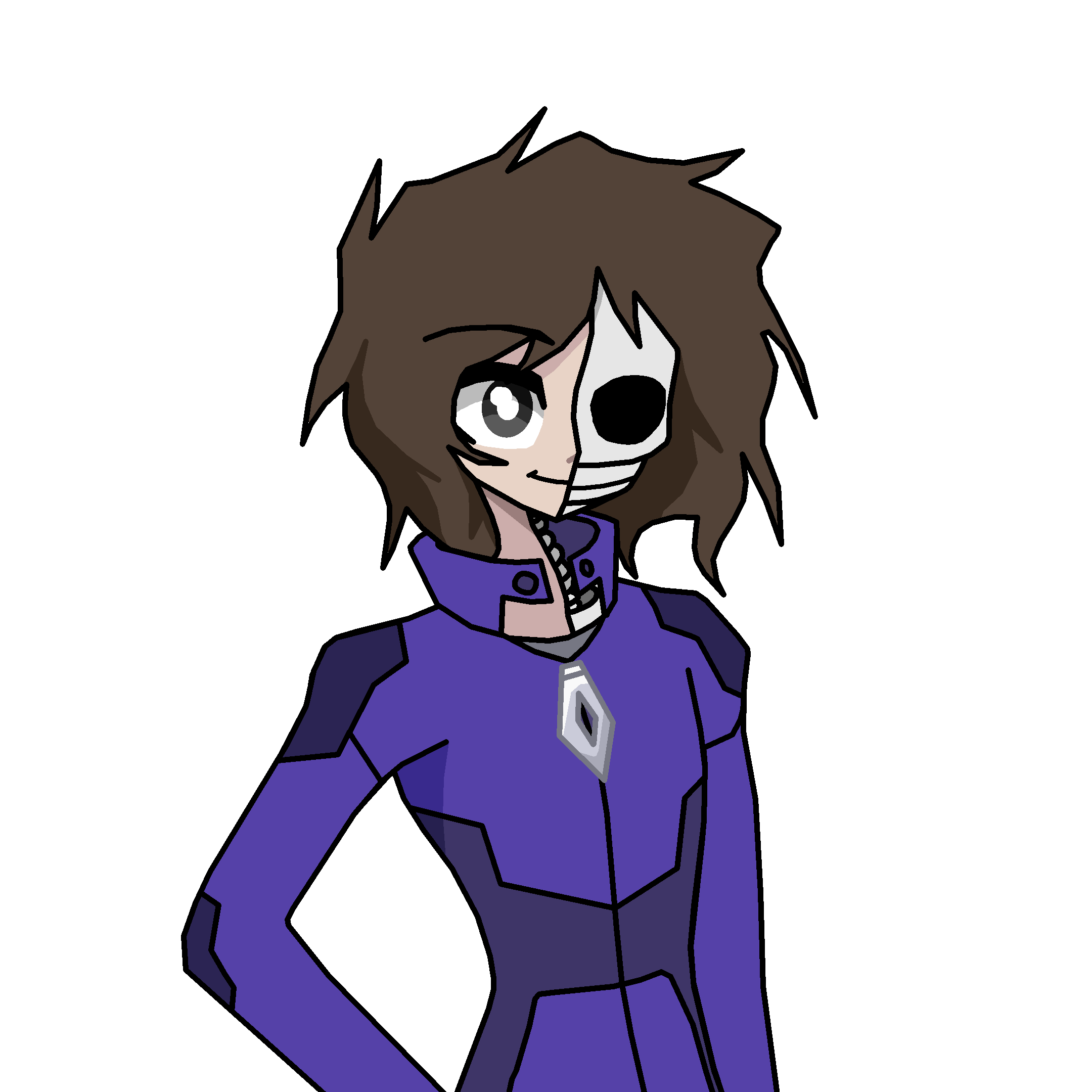 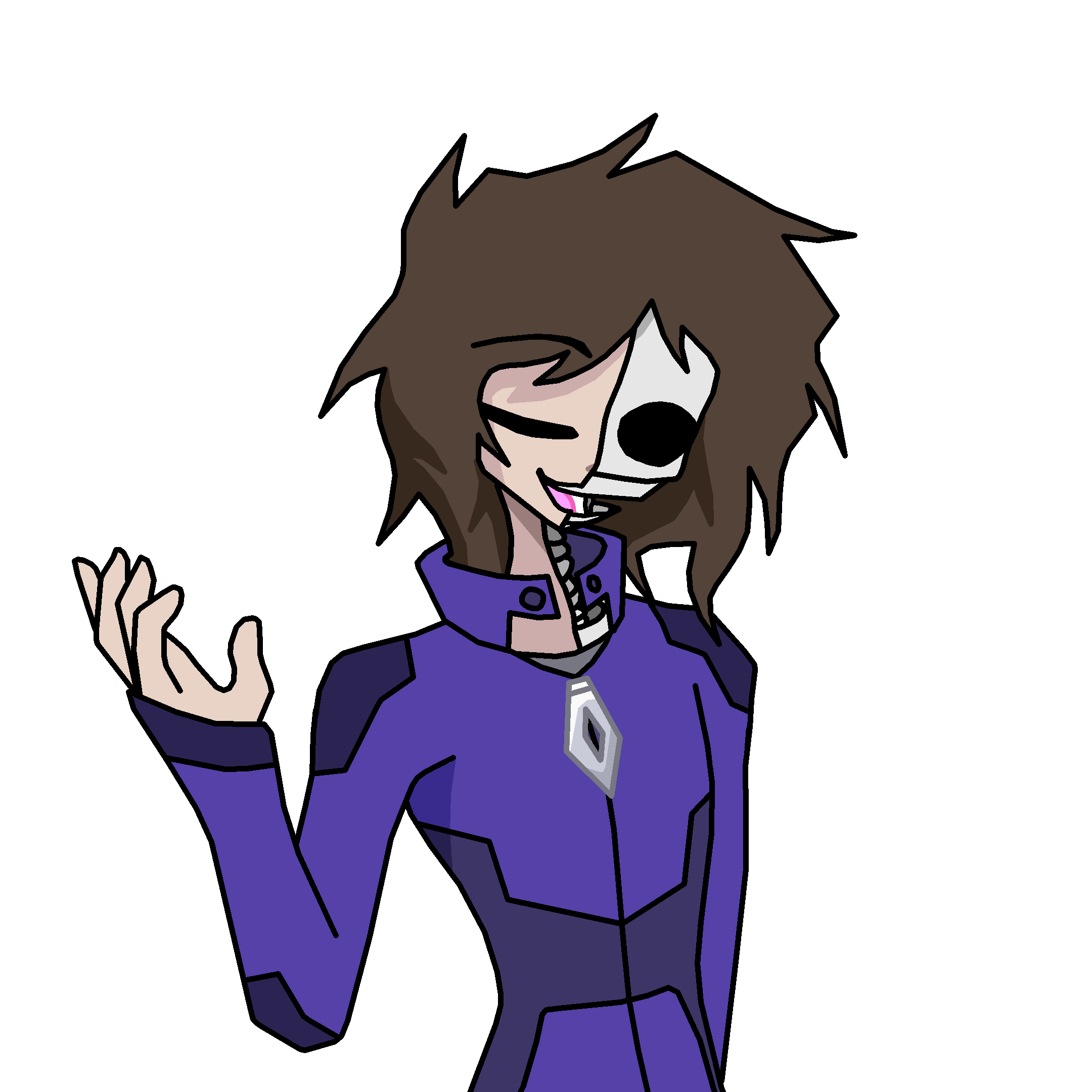 Oh yeah, he's also a VTuber. Since his streams feature his friends, he decided to draw sprites for their avatars when they show up on stream. Naturally, I was lucky enough to be included! :D So, this image was drawn by Aya (Aya#9488), who I had absolutely no idea was an artist! In all honesty, I'd be lying if I said I wasn't a little mad at him for keeping it hidden. Then again, I imagine most online artists get hounded by draw requests, so I can't say I blame him. 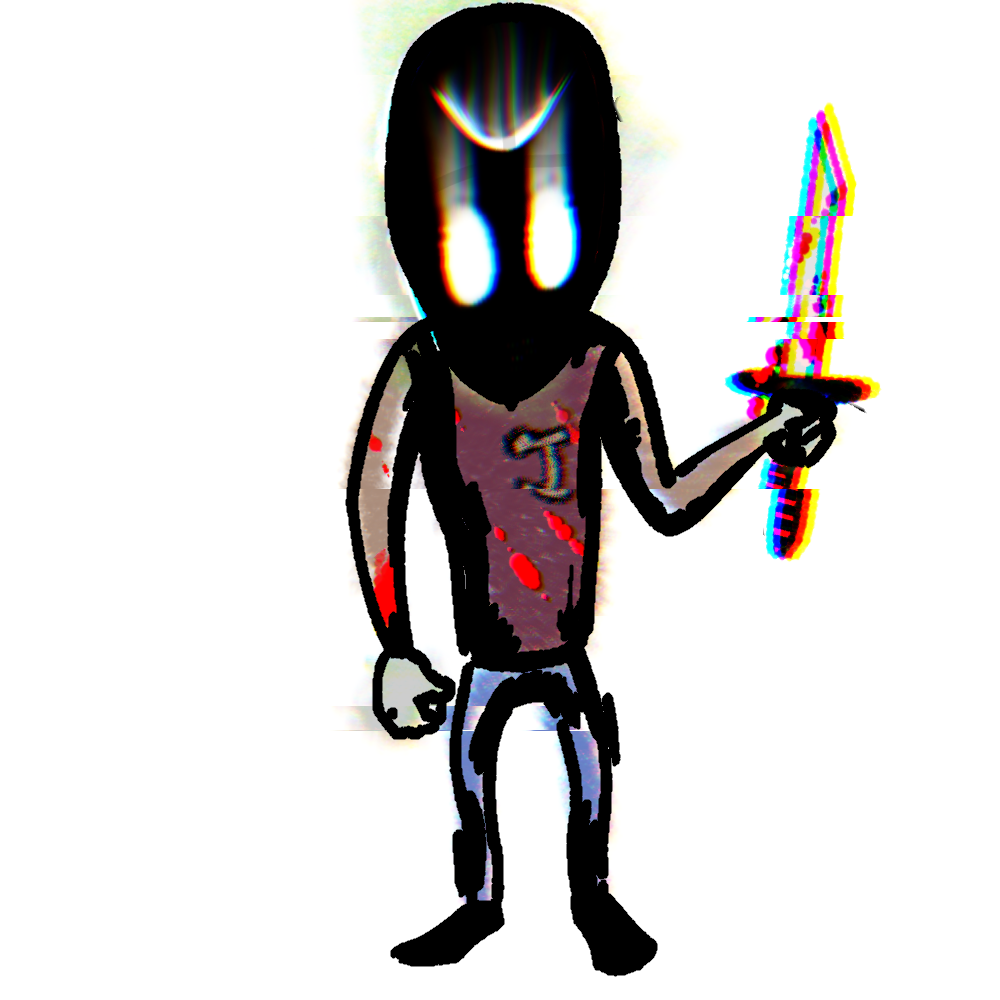 This one was drawn by a friend of mine who's no longer on the Net. They won't be credited for privacy's sake. So... Awkward story on this one.
I actually requested someone that I knew online to make this back when I was in high school. I've since lost contact with him, but back when I was playing around with my avatar's design, I asked him to draw me with a tail. He did so, and I honestly have no clue if I ever talked him since then.
If I ever remember him, I'll track him down and give proper credit to this image. This one is... old.
This was drawn way back in 2016 by an artist that I interacted with only once, and as you could guess, it was a drawing request.
Oh, and do you wanna know something interesting?
It was on Google Plus.
Google. Fucking. Plus.
Unfortunately, same as last time, I can't give proper credit because all memory of the artist went out the window ages ago. Sorry to disappoint you, Artist...

Oh! One more note!
This was back when I used to do the "glowy-eyed skeleton" thing where the red dot acted like my pupil. It's a cliche that I used to be completely oblivious to, but now I actually despise it. I really prefer the black void in my eye socket over the trite glowing orb. How old is this one? Oh, just a year older than the one above it(!)
Fun fact: I used to talk to girls! Well, just the one, actually. She drew this for me, and if I recall correctly, the top hat was some weird obsession I had at the time. I dunno, I was a middle schooler, you know how retarded they are.
I would credit her, but considering the fact that she hates my guts (as of high school, at least), I'm not sure if she'd be happy with me sending people her way. If, by some divine miracle, we ever end up meeting again, I'll ask her how (or if) she wants to be credited.